The 2017 ECG Spring Congress & General Assembly was held in Malta on 18-19th May 2017. The venue was the luxurious Grand Hotel Excelsior which is ideally situated just outside La Valletta, offering a magnificent view over Marsamxett Harbour and Manoel Island.

The press releases of the event and the media coverage are on the website too.

On 18/19th May 2017, ECG held its 22nd Spring Congress & General Assembly in Malta. Over 160 representatives from member-companies, partners and guests took part in the event held in the Grand Hotel Excelsior, where the first day comprised of a Board Meeting before the statutory General Assembly. The closed ‘members only’ session of the General Assembly saw the presentation of the Treasurer’s report and members voted to accept both the accounts and the budget.

Then ECG’s President Wolfgang Göbel welcomed the delegates at the beginning of the General Assembly’s open session. Mike Sturgeon, ECG Executive Director reported on the Quarterly Survey results which has been regularly completed by member company representatives since 2010 and which reflects the general sentiment in the market. After this ECG Board members took to the floor to report on the activities of their respective fields of responsibility. The audience were informed about Maritime & Ports, Land Transport, the UK & Ireland Region, the Eastern Region, EU Affairs, Quality, and the Digitalisation and Capacity Working Groups.

Dr. Christian-Titus Klaiber, Director of the ECG Academy, briefly presented the next Course of the Academy and Jan Vollmer spoke about the activities of the ECG Academy Advisory Group (EAAG). During the course of the open session, the members were queried on relevant issues via interactive questions after almost each presentation. The answers, as usual, will be closely analysed and followed-up.

At each General Assembly an election of the Board takes place whereby each board member is elected for a term of one year. The President and Vice-President did not need to stand this year as they have a mandate of two years, from 2016 till 2018. During the election of the Board 12 candidates from the previous Board were reconfirmed in their positions for another year’s term, and Agustin Fernandez, the Head of UECC Iberica, was newly elected to the Board. At the end of the General Assembly Ray MacDowall, ECG Board member and Chairman of ECM (VDS) Ltd received the Honorary Logistician Certificate from Wolfgang Göbel for his dedication to the sector and ECG as well as his outstanding support for ECG’s lobbying campaign and the Capacity Working Group.

The day continued with a cocktail reception and gala dinner in the Limestone Heritage Park and Gardens, in a stunning environment with waterfalls and live music. 20 students graduated at the ECG Academy graduation ceremony and were awarded the Certificate in Automobile Logistics Management by KPMG Education. Mr. Simone Mullazzani of Grimaldi Group received the Giovanni Paci Award for best student which was presented by Costantino Baldissara, the Treasurer of ECG. 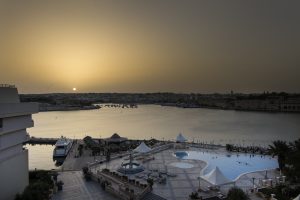 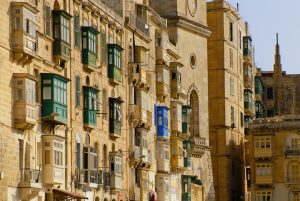 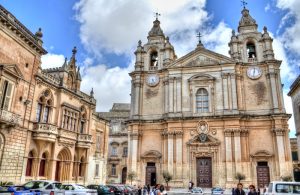 The Spring Congress took place on Friday and was opened by President Wolfgang Göbel. He made reference to the two newest and most dynamic Working Groups of ECG: Digitalisation and Capacity. The Capacity Working Group will soon start its project on forecasting where LSPs will work together with OEMs. The Digitalisation Working Group will centre its work around the “connected car” that will come as of 2018 when e-Call will be compulsory in new cars. This means that the car will talk to the OEM but it also should talk to the LSPs. The President also emphasised that with electronic documents there would be more visibility in the supply chain. He noted that the European car market is 5% up compared to 2016 and this is visible on the occupancy of terminals and ports which is higher than in the years before. Another trend is the high number of young used cars that come back to the supply chain after a certain period of usage.

The first session of the Spring Congress started with a presentation by Justin Cox from LMC Automotive who gave a market outlook for light vehicle production, sales and export in Europe. He noted that the global vehicle market is poised for an 8th consecutive year of growth. The pre-2017 themes of expansion in North America, Western Europe and China are expected to begin to dissipate this year, while signs of recovery in Brazil and Russia are expected to emerge. In the short run Mr. Cox expected the European light vehicle market’s growth (excluding Russia) to flatten (2.2% growth predicted for 2017 while the growth was 6.2% in 2016 and 9.0% in 2015). The recovery continues but mature markets can’t contribute to overall growth as before. The Russian market has also started a steady recovery.

The next speaker, Pavel Haidai from Avtologistika, presented a new application for ECG News developed by his company. Their work will continue with the development of a new application for ECG’s Operations Quality Manual which will allow testing, exams, auditing and information sharing in different languages. He introduced a new way of connected and co-operating thinking for the automotive logistics industry in order to withstand the forthcoming challenges, such as the connected car. The FVL industry will win only if it can offer a better solution than the car’s self-delivery: with overcoming the closed supply chains and embracing a Big Open Global Logistics System. This would mean switching from price competition to the competition of logistical architectures. The first step on the way would be sharing information for the common good in a Global Data Sharing System.

The last speaker of the first session, Hans Lip from TransFollow, presented the company that provides e-CMR solutions for the road transport sector. Besides CMR that is used for international transport, every country has its own document which all are paper-based documents. Compared to this situation the digital consignment note for road transport (e-CMR) means saving paper, no archiving or printing costs, supply chain visibility at all times, more efficiency as time of arrival of trucks can be estimated and all electronic documents can be retrieved from the neutral service provider with a click at any moment.

The second session of the ECG Spring Congress was started by a speech from Lucienne Meilak, representing the Maltese Presidency of the Council. She wrapped up briefly the goals of the Presidency in terms of transport policy. The maritime transport was high on the agenda for Malta with the dossiers of Reporting Formalities Directive, Digital Systems and Services and the Port Reception Facilities Directive. She also explained that on the road transport side the emphasis of the Presidency is on road safety, rail passenger rights and the Mobility Package.

Eddy Hartog, the Head of Unit Smart Mobility & Living in the European Commission’s DG CONNECT took to the stage to explain about the co-operative, connected and automated mobility (CCAM). He explained about the Dutch Presidency’s Amsterdam Declaration on the Co-operation in the field of connected and automated driving, adopted in April 2016, which was followed by the establishment of the European Automotive-Telecom Alliance (EATA) in September 2016. Mr. Hartog noted that the Commission acts as a catalyst in promoting CCAM technologies and several Directorate Generals (DGs) are involved in this work: DG CONNECT, DG Research and Innovation as well as DG Transport Internal Market, Industry, Entrepreneurship and SMEs.

The last speaker at the panel was Ms. Lamia Kerdjoudj-Belkaid who gave a presentation on the structure and goals of her association, the Federation of European Private Port Operators (FEPORT).

In his closing words, ECG President Wolfgang Göbel thanked members for their participation and put the emphasis on the digitalisation elements of the Spring Congress: the new transport architecture that Pavel Haidai advocated for, the paperless transport that Hans Lip presented and the automotive-telecom alliance that Eddy Hartog was talking about. The ECG Conference “Digital Revolutions in political turmoil”, which will take place later this year in Brussels (19th/20th October) will address all of these issues further. We look forward to seeing you there. 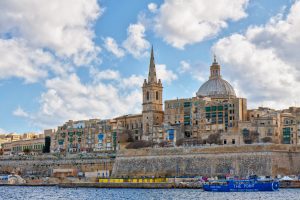 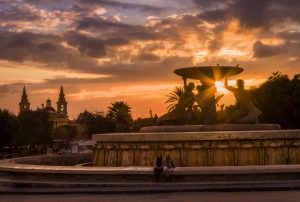 The ECG Academy Alumni meeting is celebrating its 10th Anniversary! Join us for the annual meeting o (...) More info

The ECG Conference 2023 will take place at the Hangar congress center, part of the Clarion Hotel, Co (...) More info