On 24/25th May 2018, ECG held its 23rd Spring Congress & General Assembly in Madrid. Over 180 representatives from member-companies, partners and guests took part in the event held in the Hesperia hotel where the first day comprised of a Board Meeting before the statutory General Assembly. The closed ‘members only’ session of the General Assembly saw the presentation of the Treasurer’s report and members voted to accept both the accounts and the budget.

Then ECG’s President Wolfgang Göbel welcomed the delegates at the beginning of the General Assembly’s open session. Mike Sturgeon, ECG Executive Director reported on the Quarterly Survey results which has been regularly completed by member company representatives since 2010 and which reflects the general sentiment in the market. After this ECG Board members took to the floor to report on the activities of their respective fields of responsibility. The audience were informed about the UK & Ireland Region, the Eastern Region, Maritime & Ports, Digitalisation, Operations and Capacity Working Groups and the ECG Biennial Survey.

Dr. Christian-Titus Klaiber, Director of the ECG Academy, briefly presented the next Course of the Academy and outgoing Vice-President Mats Eriksson spoke about the activities of the ECG Academy Advisory Group (EAAG). During the course of the open session, the members were queried on relevant issues via interactive questions after almost each presentation. The answers, as usual, will be closely analysed and followed-up.

The annual elections for the ECG board were held. President Wolfgang Göbel, Chief Sales Officer, Mosolf SE & Co. KG, was re-elected and received a new mandate for a second two-year term. Mats Eriksson, CEO, Axess, stepped down as Vice-President but continues in the board for his tenth consecutive year.

Their positions were filled by; Bjorn Svenningsen, UECC who was elected as Vice-President for a term of two years, Jean-Michel Floret, Groupe CAT, Mark Hindley, BCA and Paul Steininger, Hödlmayr International AG. This brings the current total board up to 14 members.

The day continued with a cocktail reception and gala dinner at the elegant Casino de Madrid. 21 students graduated at the ECG Academy graduation ceremony and were awarded the Certificate in Automobile Logistics Management by KPMG Education.  Each year one exceptional student receives the distinction of being awarded the Giovanni Paci award for Best Student. This year the honour went extraordinarily to two outstanding students for their performance and excellence – Patrick Palussek, Glovis and Andreea Popa, Renault Nissan Mitsubishi.

Both Michael Bünning, BLG Automobile Logistics and Hervé Moulin, Renault Nissan Mitsubishi, were granted an Honorary Certificate in Automobile Logistics Management. This honour is awarded each year for outstanding achievement in the field of finished vehicle logistics.

The first session of the Spring Congress on Friday 25th May started with a presentation by Justin Cox from LMC Automotive who gave a market outlook for light vehicle production, sales and export in Europe. He noted that the global vehicle market is poised for the 9th consecutive year of growth.

Ben Waller, ICDP presented on Project Caesar – an ECG initiative in existence since 2017 to tackle capacity shortages by improving forecasting methodologies. The group has entered its pilot phase and its next aim is to test out a series of best practice procedures. The procedures will involve the use of standardised data transmission formats and the implementation of a ‘toolbox’ of appropriate techniques within a ‘stable pattern’ of reporting between the manufacturers and logistical service providers.

The last speaker of the first session, Chris Godfrey, Alliance Logistics Europe, gave a very personal presentation on the changes in outbound logistics over the last 30 years.

The second session of the ECG Spring Congress was opened by ECG Executive Director Mike Sturgeon who presented WLTP, the new test for measuring fuel consumption and CO2 emissions from cars. This new improved laboratory test for fuel consumption replaces the NEDS (New European Driving Cycle) which was in existence since the 1980s. WLTP is complemented by the Real Driving Emissions (RDE) test which will measure pollutant emissions while driving in real driving conditions on the road. WLTP will provide a much more accurate basis for calculating a car’s fuel consumption and CO2 emissions as it reflects more real-world factors and therefore the on-road performance of a car. It will apply to all new car registrations from September 2018.

Fernando Liesa, Secretary General, Alliance for Logistics Innovation through Collaboration in Europe (ALICE) spoke on the Challenges and (technological) trends in the logistics sector. Matthew Baldwin, Deputy Director-General, Mobility & Transport Directorate (DG MOVE) then took to the stage and informed the audience that 2018 was the year of multimodality and the discussed the importance of the 3rd Mobility package. Matthias Maedge, General Delegate, International Road Transport Union (IRU) then spoke about the IRU’s response to the road package and the 2018 priorities. This led to an interesting and animated debate between both speakers on the many challenges reflected in the package.

ECG President Wolfgang Göbel closed the congress and thanked all delegates for their support and participation. He informed the group that the next Spring Congress & General Assembly will be held next year in Sorrento, Italy.

The ECG Conference 2018 “Riding the wave – staying ahead in our fast-moving world”, will take place later this year in Mainz, DE (25/26th October). We look forward to seeing you there. 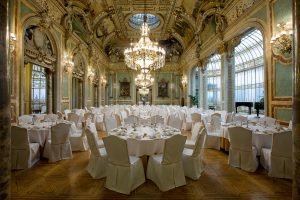 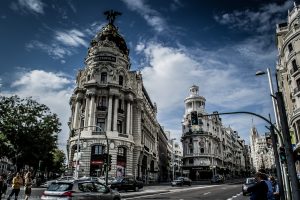 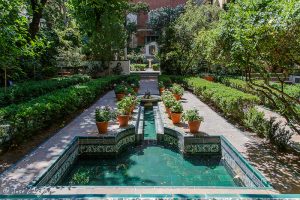 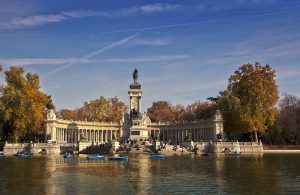 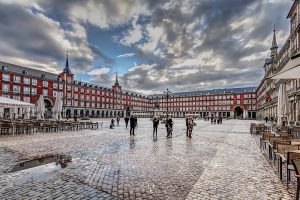 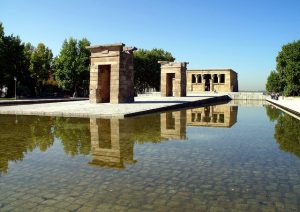 The ECG Academy Alumni meeting is celebrating its 10th Anniversary! Join us for the annual meeting o (...) More info